I just returned from a joyous three week trip to India. I visited six Ananda centers in two countries with Nayaswami Dhyana. The day after I arrived we were off to Singapore. We gave an introductory Raja Yoga class to about 30 people who planned to start the level two class series the following week. We also had a Kriya initiation.

Then we went back to Gurgaon for an evening Mahasamdhi celebration, which was held outdoors at the Ashram in front of the beautiful Murti of Yogananda.

After Bangalore, we visited, Dharmaraj and Dharmini, the Chennai  center leaders and had an evening satsang with the member. We told stories about Swamiji. Then off to the Chennai beach for a night. We were upgraded from our standard room to a cottage on the beach.

Then we went back the Delhi. We visited the new Ananda center in central Delhi, a big house that is currently being refurbished by the owner for Ananda to use.  We visited Noida, an Ananda center in the suburbs of Delhi, where we gave Sunday satsang.

Then it was time to come back home. Nayaswami Dhyana is doing very well. She is now able to do more out reach work. She visits the various center giving classes and Kriya initiations. Dhyana sends her love to everyone and will be visiting California in May and June of 2014. 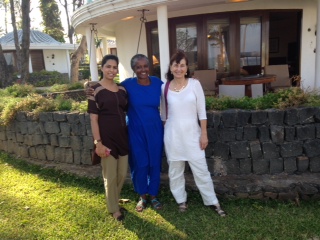 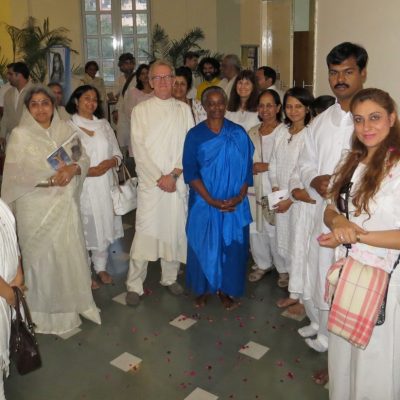 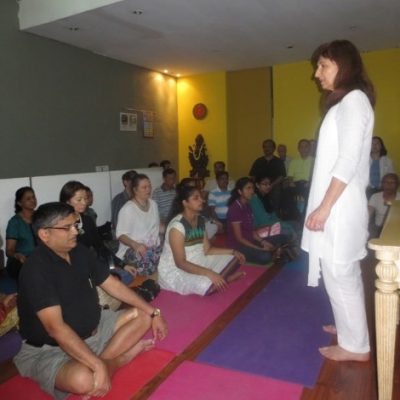