Ananda, or ever-new joy, is a global movement based on the teachings of Paramhansa Yogananda, who showed how everyone can realize God in their daily lives as a tangible, loving reality.

All paths are paths to God, because, ultimately, there is no other place for the soul to go.

Ananda was founded in 1968 by Yogananda’s direct disciple, Swami Kriyananda. It first began in the Sierra Nevada foothills of California, and has now grown to include centers and communities in the USA, Europe, Asia, and India.

Learn more about our worldwide work.

He spoke of oneness, cooperation, universal love, goodwill, and kindness to all. -Swami Kriyananda speaks of Paramhansa Yogananda

Paramhansa Yogananda was the first yoga master of India whose mission it was to live and teach in the West. He spoke of the underlying oneness of all religions, and the path of Self-realization. e brought the ancient and liberating path of Kriya Yoga, for the upliftment of consciousness in each individual, and thus, the upliftment of our planet.

At the time Yogananda came to the US, a whole new approach to living was needed, and openness to new, better ways of thinking. Teachings were needed on subjects that offered a new and practical, but at the same time, spiritual point of view, that would bring spirituality into daily life.

More about Yogananda and his line of gurus. 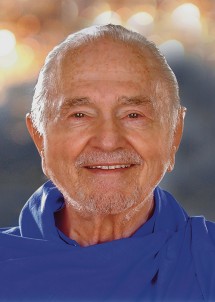 If you want to do one good in the world, the best thing you can do is give other people joy. -Swami Kriyananda

“Your work,” Yogananda told his disciple Swami Kriyananda, “is writing, editing, and lecturing.” He was told by his guru, “You have a great work to do.” This, Kriyananda knew, was a serious commission to help bring Yogananda’s teachings into the world.

Yogananda envisioned communities where a person could live, work, and go to church all in one place, living for God and serving Him with fellow devotees. More than any other disciple, Swami Kriyananda tried to fulfill his guru’s vision of spiritual communities. In 1968, he founded the first community, called Ananda Village. Over the years, he has founded several more communities, as well as teaching centers and meditation groups, all over the world.